An Angelic Intervention At A Time of Danger

I received the following account from a man I’ll identify as HDB, who experienced a dramatic angelic intervention to avert danger:

HDB: In 2000 I saw an angel. It was huge. I estimate 15 meters from wingtip to wingtip. Hovering above a dirt road in Eikenhof Gauteng, South Africa. Many other things happened in the minutes leading up to the appearance. Enough to say I was protected from evil. Is this my personal guardian angel or one of the known angels? Silver in color with a long flowing robe. Silver halo around the entire face. Face not visible. Long white hair. Hanging in the air in a horizontal attitude. Wings outstretched not flapping. I am not crazy. In fact I never take alcohol even and I have never touched drugs. I have been in IT for 41 years so I am a logical and rational person not given to hysterics. I would very much appreciate your views on what I experienced. Godspeed. 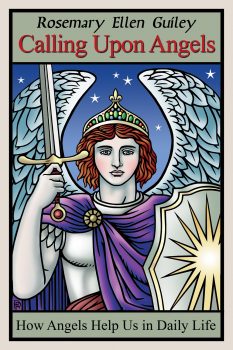 REG: Thank you for your account. Your description fits many reported experiences. In fact, I had a series of encounters with a silvery angel I literally called “Silver Lady,” discussed in my book Calling Upon Angels. Lack of facial features/details is common in spirit and entity experiences.

From your description, it sounds like you encountered some problems or danger on the road and the angel intervened.  How were you protected from evil – did someone threatening go away?

It might have been your guardian angel, or one of them, as I believe we have multiple angels around us at any given time. I also think that different angels respond to situations as needed – they come and go. The “known angels” you mention usually reveal their identities in some way.

HDB: Yes, we were threatened by several “nonentities” that no one else could see on the road. In fact our path was blocked by a red utility vehicle — other road users could not see it as they drove right through it!!

But it was real and substantial to us…

An old woman wearing a shawl (not a real person) that we encountered several times before on the same road was standing next to the road. A man came over to us and said she asks for help. But she was evil. (We once saw her before in one encounter standing with a little girl holding a bunch of flowers.) The driver of the red car said to us that she is beyond any help and we should not even bother.

We turned the car around to flee and then the man said to us: “And where do you think you are going — I have not finished with you!!!” We drove off and this is when the angel appeared above the road hanging about 10 meters above us. It is the honest truth.

Incidentally I do not associate angels, etc., with religion but rather with good and evil forces beyond our understanding. We have had several encounters with VERY evil presences — most of the time without help except for our inner conviction that we can deal with them.